Consequences faced by women with an unwanted pregnancy by age

As shown in the figure below, the graph discusses the percentage of girls of different ages facing difficulties. The point of age 16 represents females under 16, and the point of 40 also includes women over 40. Younger women will face greater family and school stress, which is significantly decreased in adulthood. Younger women have a more challenging time affording abortions, while older women face higher costs of raising a baby. A possible explanation is that older women may already have children. Overall, raising a child can be financially stressful for most people. 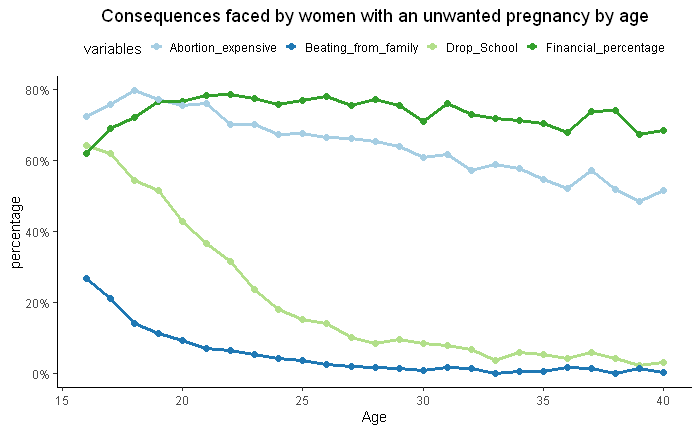 As shown in the figure below, the graph discusses the percentage of dependence on alcohol and marijuana for girls of different ages. For the extreme ages treated in the same way as the graph above, the ratio of underage female use of alcohol is relatively small, most likely because most of the data come from the United States. Marijuana, on the other hand, is more popular among young adults. 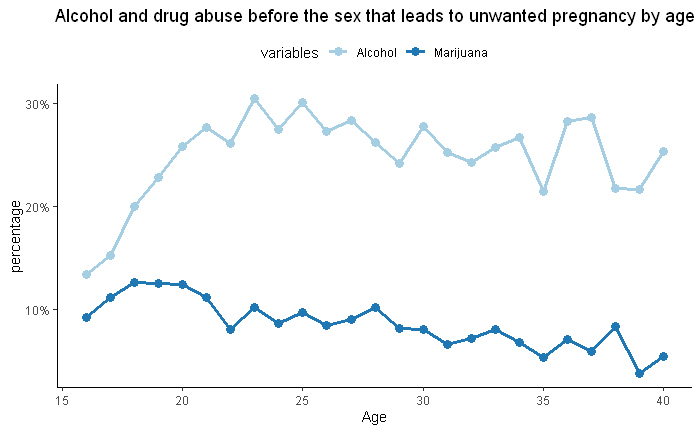 This graph discusses the effects of alcohol, marijuana, and drugs on female sexual consent. Sober women have a relatively higher rate of sexual consent, while drunkenness significantly reduces women's sexual consent. Of all the options, drugs have a decisive impact on a woman's right to make her own sexual choices. Reducing the consumption of drugs and alcohol keeps them from being in danger. 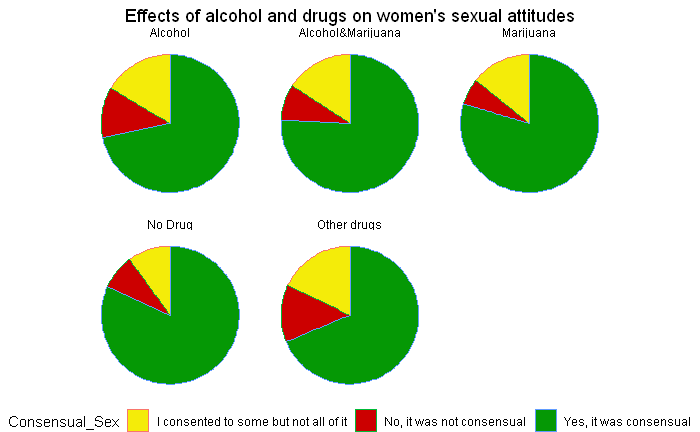 This graph discusses the impact of abortion opponents on women who have abortions, both domestically and abroad. It is clear from the data that women within the United States face significantly more pressure from protests compared to that of foreign countries. 22% of Americans face protestors outside the clinic. This is 12% higher than the ratio of intimidation faced by foreign women.

Additional Research and Data from Women around the World

I Choose to Contribute $8.95 for Instant Access
Financial support allows this site to exist, evolve, and to be available when women need it most. Every contributor creates a 'scholarship' for 10 poor women to access this site for free.

Compassionate Access Questionnaire
Women who are unable to pay can receive free access after completing a confidential questionnaire. Personal stories and statistics on unwanted pregnancy from around the world help us to improve the safety and effectiveness of these methods.

I Choose to Contribute $8.95 for Instant Access
Financial support allows this site to exist, evolve and to be there when women need it most. Every payment creates a scholarship for 10 poor women to access this site for free.

I Choose to Share My Story in Exchange for Access
Women who are unable to pay can receive free access in exchange for completing a confidential questionnaire. Female stories and statistical data on unwanted pregnancy help us to improve the safety and effectiveness of these methods.
Translate »